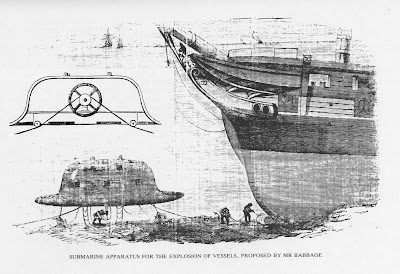 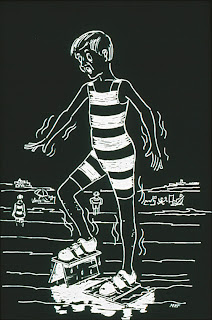 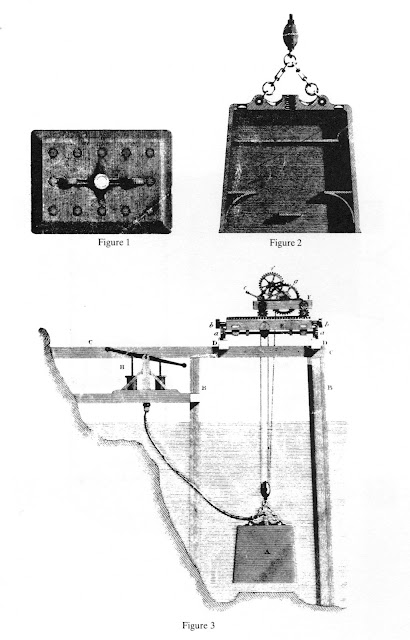 With mechanical contrivances, devices and contraptions, the obsession of the age, he was clearly a man of his time. But the range and number of his inventions, proposed and/or constructed, is prolific even by the generous standards of his day.
Posted by John Graham-Cumming at 2:36 AM 3 comments:

From his school days Babbage was interested in ciphers. He recalled that ‘bigger boys’ made ciphers and that if he could get a few words of the enciphered message he could readily crack the code. On occasions he was beaten up for his efforts and he observed, resentfully, that the ease with which he deciphered the codes was largely the fault of the code-makers’ own stupidity.


In 1854 (Babbage was 63) a Bristol dentist John Thwaites, claimed to have invented a new cipher. Babbage recognised at the Vigenére Cipher, that after 300 years still defied the best attempts to crack it. Thwaites, peeved that the cipher was not original, challenged Babbage to crack it. Babbage found an undetected weakness in the cipher and broke it – a remarkable achievement that was not publicly disclosed. Nine years later the solution was published by Fredrich Kasiski who had cracked it independently and the technique has since become known as the Kasiski Test. 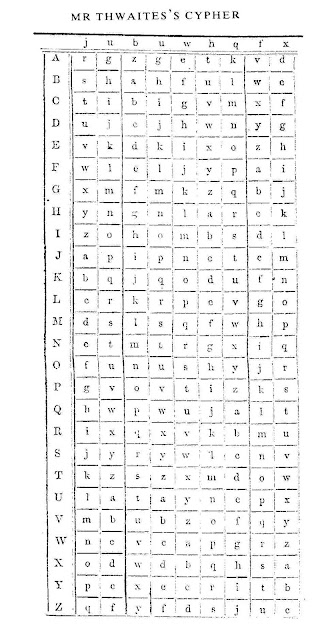 It is unclear why Babbage did not claim credit for his breakthrough. One speculation was that it came not long after the start of the Crimean War and British intelligence would enjoy an advantage over the Russian foe if the enemy believed the cipher to be intact.


Babbage withdrew from code breaking in 1857. His attitude seems to be ambivalent. He regarded deciphering, as ‘one of the most fascinating of arts’ but had become exasperated at repeated challenges observing that ‘few ciphers are worth the trouble of unravelling them’, and that any intelligent school boy could make a cipher that would ‘cost hours and even days, for its solution.

Plan 28's donation system is now online through JustGiving. Donations can be made in British Pounds, US Dollars, Euros and a number of other currencies. As a UK charity Plan 28 is eligible for GiftAid; tax payers in the UK can help the charity by signing the GiftAid form when they make a donation.

As Plan 28 is a very long project it is particularly helpful when we receive regular donations. The donation system is able to set up monthly donations for people who want to contribute a little each month over the long term.

Posted by John Graham-Cumming at 3:09 PM No comments:

The Greatest Machine That Never Was

I was invited to talk at TEDx Imperial College and gave a talk about Charles Babbage's Analytical Engine called The Greatest Machine That Never Was. Here's the video of that talk:

All the other talks are here.
Posted by John Graham-Cumming at 3:07 PM 3 comments:

In 1847 Babbage constructed a prototype ophthalmoscope – a device for examining the inside of the eye. The device was rejected by a leading eye specialist, Wharton-Jones, and four years later the invention was credited to Helmholtz.

In the 1820s he conducted an elaborate experiment to find the least fatiguing combination of ink and paper for reading printed mathematical tables. He printed the same two sample sheets of his own logarithm tables using every combination of colour and hue of ink and paper available in London – a total of thirteen different inks on 151 different colours of paper including black ink on black paper and green ink on green paper.  The results were bound in 21 volumes in 1831.

It has always been a puzzle as to why Babbage went to such lengths to explore the ergonomics of reading tables, and why he was drawn to investigating the inner eye. It is easy to see his preoccupations with colour combinations as part of his notorious oddity and his attempts at an ophthalmoscope as simply a product of exuberant invention.

Richard Keeler, an historian of ophthalmology, has found conclusive evidence that Babbage suffered from a vision impairment – bilateral monocular diplopia – a condition in which there are two foci in the same eye, resulting in double vision when looking through either eye singly. At risk of medicalising historical cause, Babbage’s vision impairment provides a persuasive alternative to eccentricity to which he was anyway disposed – the search for improved legibility in the case of colour permutations, and attempts at self-diagnosis in the case of the ophthalmoscope.

A modern reconstruction of Babbage's ophthalmoscope:

Posted by John Graham-Cumming at 11:46 AM No comments: